Helen grew up in a wild and unruly corner of the internet, where she dodged flames, crafted websites and led a guild of magical wolf-tamers. From a young age she realised that technology gave children superpowers.

Besides writing, Helen has had many jobs including building jousting arenas, getting children lost in hedge mazes to teach them about poetry, and guarding the children’s library dressed as a glittering dragon. When she’s older she hopes to be a mermaid or a witch.

Helen completed the Bath Spa MA in Writing for Young People with Distinction and won the United Agents Prize for Emmy Levels Up, which was published by Oxford University Press in April 2021. She lives near Cambridge with her gaming partner and two furry writing buddies. She likes adventure games, stormy seas, rock climbing and cats.

HellionHarvey
9:25 AM, Jan 22nd (GMT)
RT @Louiestowell: Hey, South London! And anyone who can get there. I'm doing my first public Loki event on Sunday 6th at 2pm. Book tickets…
Reply Retweet Favorite 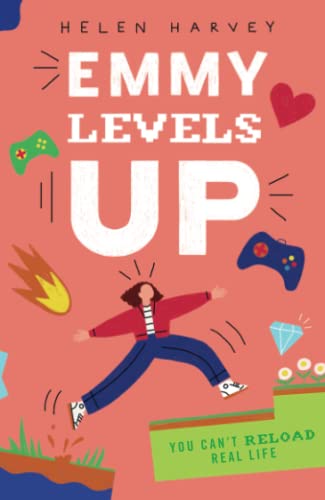