Matthew’s debut middle grade novel, The Sky Over Rebecca, which won the Bath Children’s Novel Award in 2019 was published in April 2022 by Hodder Children’s Books.

Matthew grew up in Wiltshire and studied at Balliol College, Oxford and at the Northern Film School. He has worked in the non-profit sector in the UK for more than two decades, focusing on film, LGBTQ causes, sustainability and air quality.

Matthew was the runner-up for the Pen Parentis Fellowship in 2018 and won the Sci-Fi/Fantasy Category of the Emerging Screenwriters Contest in 2019.

He now lives in Stockholm with his partner and daughter. The first draft of The Sky Over Rebecca was written in a great rush while Matthew was on parental leave: he’d write while his one year old daughter was asleep in the middle of the day… 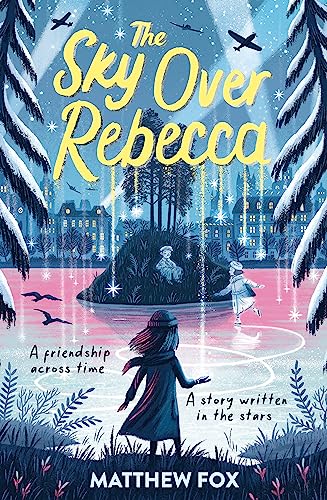