Barry Rainsford started life as a musician before decades teaching in the most difficult and deprived areas of a major city. This provided him with a close-up of lives blighted by crime and social ills but, more importantly, insight into the lives of so many others who daily overcome circumstances that would overwhelm most of us.

For Barry, crime writing offers the opportunity to create compelling narratives that draw the audience in whilst engaging them with wider ideas beyond just the consideration of ‘cops and robbers’ or even ‘right and wrong’. The crime genre provides the possibility to consider many of the issues he feels strongly about, issues arising from his own roots in inner-city Birmingham and from his experiences.

Barry is now writing full time - having taught everyone from convicted murderers and psychopaths through to premier league footballers and Hollywood stars – and has a focus on untold stories and unheard voices.

Set in the social and political turmoil of the 1984 miner’s strike, Borderline tackles such themes head on. Having lived during that time in and around the Staffordshire mining communities where the novel is set, he sees these as pivotal in defining the modern world – the mistrust of police, the undermining of authority figures, the destruction of local communities and the industries that sustained them. The novel attempts to reveal a time and events that tore the social fabric of Britain and whose ills resonate down to us today.

Barry is currently writing his next novel. 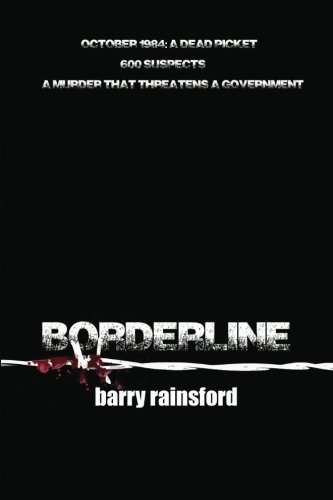