Can You Hear These Great Reviews for Jake Jones!

​Since the publication of Can You Hear Me? the reviews have been storming in to rave about this inspiring read by the brilliant paramedic, Jake Jones. It is more important than ever to remember the hard work and dedication that our first responders give to our NHS on a daily basis. This book shines a raw and poignant light on life as an ambulance paramedic.

​From Strong Words Magazine in their Exceptional Non-Fiction selection: 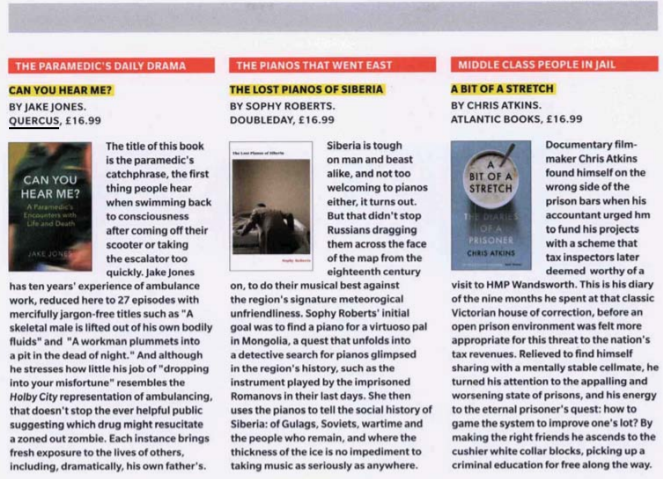 From The National (Scotland): 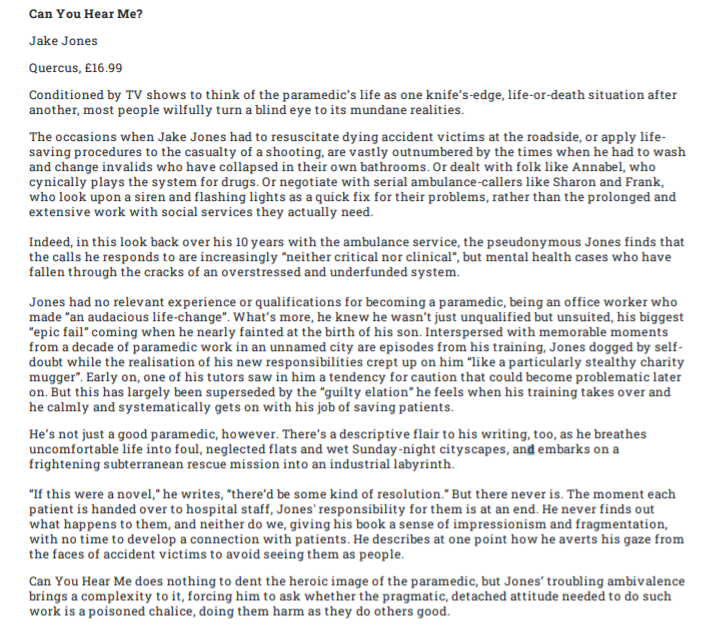 From The Herald (Glasgow): 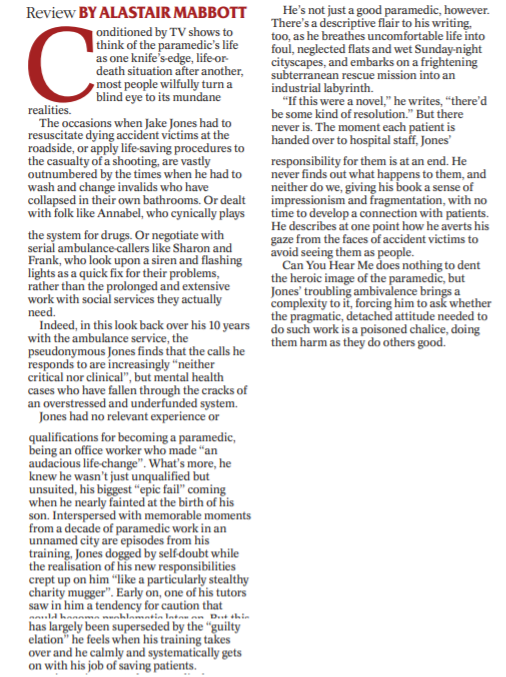 From The Daily Express: 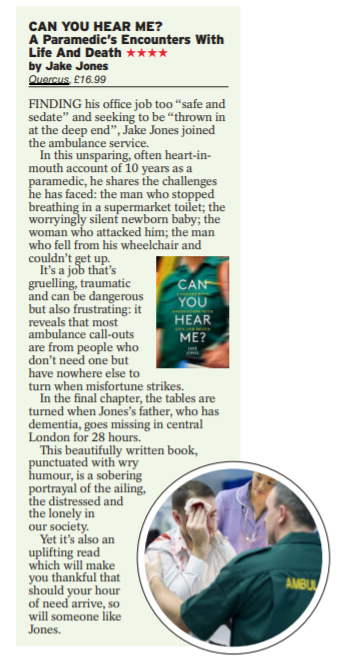 Other praise for the book includes:

With poignancy, humour and compassion, Jones invites us into “the invigorating chaos of pre-hospital care”... a panorama of experiences: the mundane, the ridiculous, the heartbreaking and the tragic.

One hell of a ride. 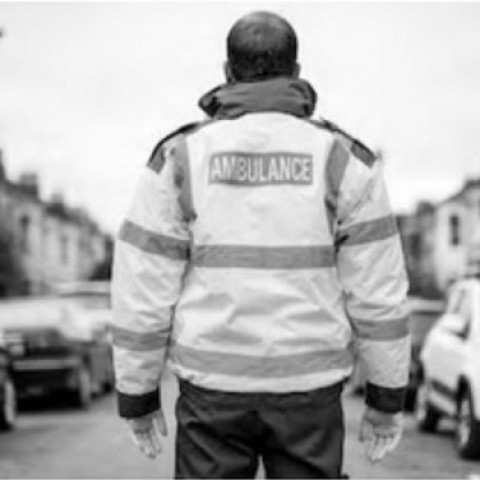