Cover reveal for The Wind Child by Gabriela Houston!

We are so excited to share the cover reveal for The Wind Child by Gabriela Houston!

Packed with a colourful Slavic cast of tempestuous gods and frightening monsters, The Wind Child is above all a story about friendship, and how far you would go and what you would sacrifice to avoid saying goodbye to someone you love. No human has ever returned from Navia, the Slavic afterlife. But twelve-year-old Mara is not entirely human. She is the granddaughter of Stribog, the god of winter winds and she’s determined to bring her beloved father back from the dead. Though powerless, Mara and her best friend Torniv, the bear-shifter, set out on an epic journey to defy the gods and rescue her father. On their epic journey they will bargain with forest lords, free goddesses from enchantments, sail the stormy seas in a ship made of gold and dodge the cooking pot of the villainous Baba Latingorka. Little do the intrepid duo know of the terrible forces they have set in motion, for the world is full of darkness and Mara will have to rely on her wits to survive. 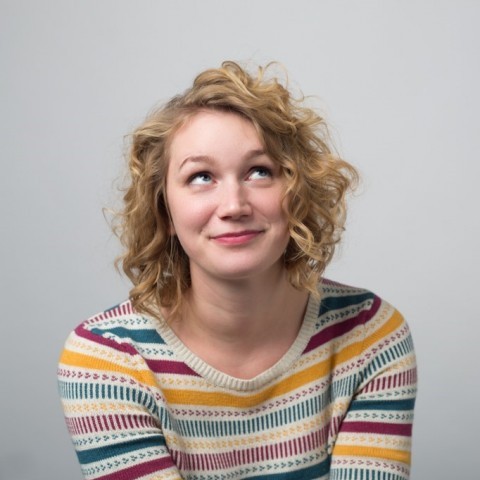 Gabriela was born and raised in Poland, brought up on a diet of mythologies and fairy tales. She spent her summers in Mazury (a flatland of forests…