In Search of One Last Song by Patrick Galbraith is out now!

Happy publication day to In Search of One Last Song by Patrick Galbraith!

Our wild places and wildlife are disappearing at a terrifying rate. This is a story about going in search of the people who are trying to save our birds, as well as confronting the enormity of what losing them would really mean.

In this beautiful and thought-provoking blend of nature and travel writing Patrick Galbraith sets off across Britain on a journey that may well be his last chance to see some of our disappearing birds. Along the way, from Orkney to West Wales, from the wildest places to post-industrial towns, he meets a fascinatingly eclectic group of people who in very different ways are on the front line of conservation, tirelessly doing everything they can to save ten species teetering dangerously close to extinction.

In Search of One Last Song mixes conservation, folklore, history, and art. Through talking to musicians, writers and poets, whose work is inspired by the birds he manages to see, such as the nightingale and the capercaillie, Galbraith creates a picture of the immense cultural void that would be left behind if these birds were gone.

Among those he meets, there are feelings of great frustration. There are reed cutters and coppicers whose ancient crafts have long sustained vital habitats for some of our rarest birds but whose voices often go unheard. There are ornithologists who think their warnings are being ignored, and there are gamekeepers and animal rights activists who both feel they are on the right side of an increasingly ugly battle. Ultimately, it emerges that many of the birds Galbraith encounters could thrive, but it would require much better cooperation between those who are caught up in the struggle for their future. It also becomes clear that while losing birds like the turtle dove and black grouse will result in a paler country for all of us, for some of those who live alongside them, it will mean the bitterly painful end of so much more.

​Reviews for the book so far:

‘A thought-provoking journal of a remarkable journey around Britain … Galbraith has a precocious talent … He is the first of the millennial generation to make his mark through writing about nature.’ Jamie Blackett, Country Life

‘Wonderful and enriching, In Search of One Last Song is a rucksack full of experience and deep knowledge, full of love for part-hidden treasure in the country beneath the country most of us know.’ Adam Nicolson, winner of the Somerset Maugham, Wainwright and Costa biography prizes

‘A vivid account of lives lived alongside our most iconic and endangered birds―and a glimpse of the cultural void they would leave behind. Galbraith has a poet’s eye; his descriptions are crystalline, deeply affecting, while his encounters with others are direct, and occasionally ruffling―In Search of One Last Song brings to mind the writing of Bruce Chatwin, in the best of ways.’ Cal Flyn: author of the bestselling Islands of Abandonment

‘This is an important and timely book that explores the human context of an ecological emergency. Galbraith both tells the complex stories of our vanishing bird species and lifts up the voices of the people who will miss them most when they are gone.’ Richard Smyth: award-winning short fiction writer and author of The Woodcock

​​‘A requiem for cherished birds; an overture to another threatened species, the rural people who know Nature’s ways (but done without nostalgia, because Galbraith is young and an insider.) All this in a perfectly written travelogue… The best book on conservation and the countryside I have read in years.’ John Lewis Stempel: ‘Britain’s finest living nature writer’ The Times

‘In Search of One Last Song is steeped in loss; an evocative and beautifully-written history of the complex relationship between Britain’s people and its birds.’ Jonathan Slaght: author of the award-winning Owls of the Eastern Ice 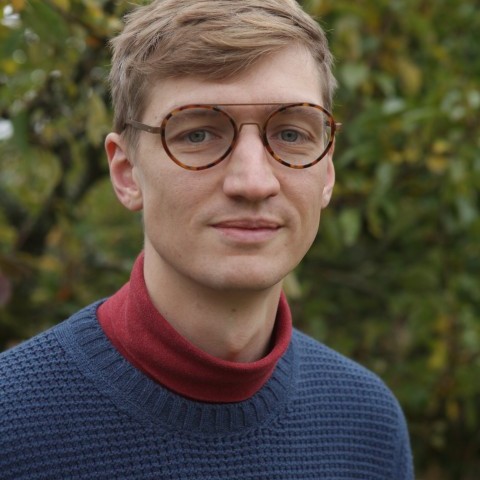 As a small child Patrick Galbraith spent long afternoons irritating the local fishmonger by asking again to be shown the crabs. When he became a…