Esmie Jikiemi-Pearson was the inaugural winner of what is now Future Worlds Prize for Fantasy and Science Fiction Writers of Colour, with a space-based adventure story. Esmie was recently interviewed by the prize about her experience winning and her new publishing contact, as well as being signed by our own John Baker.

The Principle of Moments, which is the first in a trilogy, follows Asha Akindele, who has lived her whole life on Gahraan, just like the rest of humanity, eking out an existence between factory assembly lines and constant terror.

Then she discovers she has a sister imprisoned by Emperor Thracin, and is forced to make a choice: remain a slave, or escape and risk everything in the name of family. She’s helped in her mission by hopeless time-traveller, Obi, who just wants to return home to 1812 London and his almost-boyfriend, George IV.

“The Principle of Moments is my favourite kind of grand space opera where anything can happen and usually does at great speed.”

Below is her interview:

Where did you hear about the prize?

I first heard about the prize from a friend who sent me the link on Twitter. It was during my first term at university – so September 2019 – and I hadn’t written anything in ages, having not had any luck with querying my manuscript for well over a year at that point, which was really tough. So when I saw the tweet announcing the prize was open for submissions, I decided it was too incredible of an opportunity to waste!

What prompted you to enter?

Well I had always thought that, despite all the rejection of the previous year, that I had written a very cool book. And by the time I ended up entering the competition, I had had some time to gather my confidence back from querying. I essentially thought to myself, ‘there’s no point not entering’. And even if I never wrote anything again, even getting shortlisted for the prize would be proof I was good at writing, despite a year that would have had me believe the opposite. So really I think I was trying to prove to myself what I had been so sure of before I had started querying: that I was good at writing, and had written a good book. Plus, my mum has always said to me ‘luck is when preparedness meets opportunity’, and I was very, very prepared for this opportunity, so I thought maybe it was my chance for some luck.

Did you have a whole book already written?

Yes, I started writing the book when I was about 16, but I had been writing a lot of random stuff before that – typing away on the family computer, and in ICT lessons. I “finished it” when I was about 18, but this was just a first draft, and it was completely terrible and will never see the light of day… (though I didn’t realise that at the time, thank goodness, or I would have never kept writing!). Then I just messed around with it for about a year, before having a huge epiphany about what the story was really about, and its true scope, and I made a bunch of changes, which was one of the most joyful parts of the book for me – just watching everything slide and slot into place. Now, having gone through a few rounds of edits with my agent, I can honestly say that I achieved what I set out to do! I wrote the book I wanted to read, and I’m really proud of myself.

Honestly it was surreal. I can’t stress this enough: I never thought I would win. I entered thinking it would be wild if I got onto the shortlist, so when that happened I was honestly walking on air. Getting told I had won felt barely real for a few reasons: first and foremost was that I had spent the past year getting form rejections from agents! Like I honestly thought I had written something unpublishable. Maybe it was too convoluted, too long, had too many Black people in it, I don’t know.

I had also entered another competition a year before, run by a major publisher, and been shortlisted for that, but during that process I was told by editors that I should add more racism and misogyny in order to ‘raise questions of agency’. Obviously I didn’t do that, but it hurt, and after that feedback I always had a nagging thought that maybe there was something wrong with what I had written, like maybe the Black characters were… having too much fun? I don’t even know if that is accurate because I put them through hell, but I think something about them having an adventure in space rather than suffering racist abuse is something people don’t know how to market, or position, or ‘deal with,’ so they don’t try.

Essentially all this added up to me thinking ‘Ah okay, well maybe this book is something I’ve written just for myself’. I even tried to make peace with the idea of finishing the trilogy for closure purposes but never trying to get it published. And so winning the prize was actually a very emotional moment for me because suddenly a possibility I had closed myself off to become very possible.

I just think, if anything, this demonstrates to marginalised writers – especially Black writers – that it probably isn’t you, it’s them. And it shows how important this prize is for the writing community as a whole. Imagine if every publishing imprint ran something like this?

You’ve now got a publishing deal, how much of a role did the prize play in that?

It played a huge role – I don’t think I would have kept writing books if not for winning/being shortlisted for the prize, at least not initially. Maybe I would have tried to write a screenplay, or a TV pilot, to try something new.

Getting shortlisted for the prize was also what led to me connecting with John Baker from the Bell Lomax Moreton literary agency, who is now my agent. He reached out, asking to read the manuscript, and read the book within a few days. Then he sent me the loveliest email about how much he liked it, and even from that I got the impression that he really understood what I was trying to do! It was quite astonishing. And of course having an agent is key to getting a publishing deal.

And then, by the time we had actually negotiated the deal, I was really happy and excited to go with Gollancz because I felt if they had chosen my book out of all those submissions for the prize, then they really understood what I was trying to do with it. It gave me a lot of confidence in them, and was a big part of helping me make the decision to accept their offer of publication!

What would you say to people who want to enter the prize and are a bit nervous?

I would say just do it. My mum always tells me, ‘the worst thing they can say is ‘no’,’ which I used to hate, but in a lot of scenarios, it’s completely true. That’s not to say that rejection isn’t painful, because it is, but allow yourself to imagine this: what if you aren’t rejected, and entering the prize becomes the start of a crazy journey towards seeing your book published and in the hands of readers who need it most? 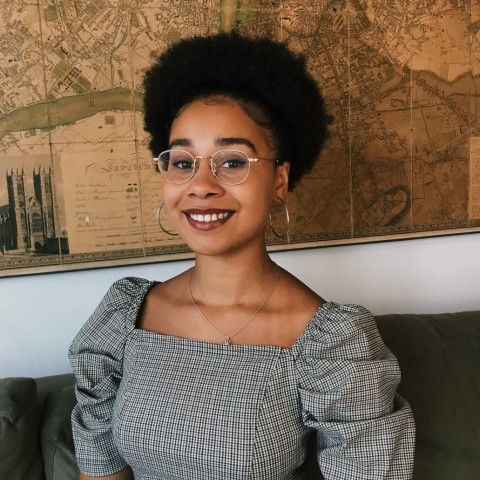 Esmie is a science-fantasy writer, who spent much of her childhood reading on sunny Australian beaches, before moving to London, where she swapped…