Teenager Alison Doig disappeared from Kinloch over thirty years ago under mysterious circumstances. Her reclusive family still live in a remote part of the Kintyre peninsula, amidst rumours of wrecking, smuggling and barbaric cruelty.

Now rich American hotelier Alice Wenger has arrived in town, determined to punish those who made her suffer in the past. But someone has vowed to keep hidden sins concealed for ever.

Daley’s team must race against time to expose long-held secrets and shameful lies before there are any more victims.

Praise for the series and Jeremiah’s Bell:

‘Spellbinding ... one of the UK’s most loved crime writers’ - The Sunday Post

‘You’ll have a blast with these’ - Ian Rankin

In the run up to publication we have been reintroducing followers to the series so far: 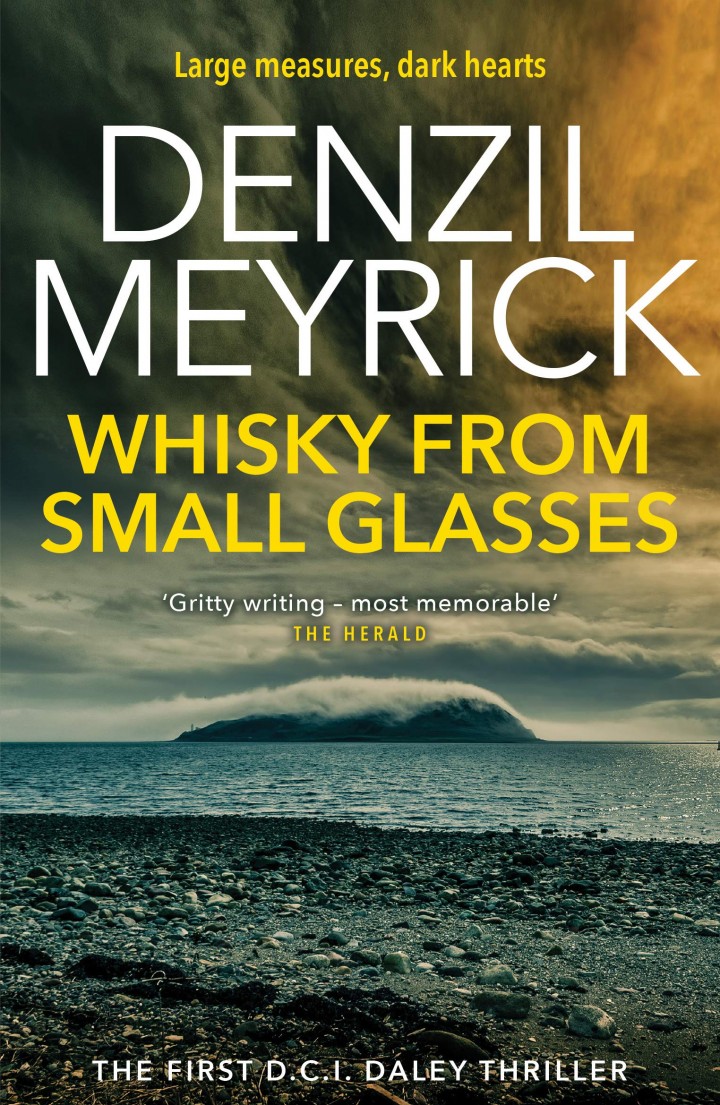 DCI Jim Daley is sent from the city to investigate a murder after the body of a woman is washed up on an idyllic beach on the West Coast of Scotland. Far away from urban resources, he finds himself a stranger in a close-knit community. Love, betrayal, fear and death stalk the small town, as Daley investigates a case that becomes more deadly than he could possibly imagine, in this compelling Scottish crime novel infused with intrigue and dark humour. 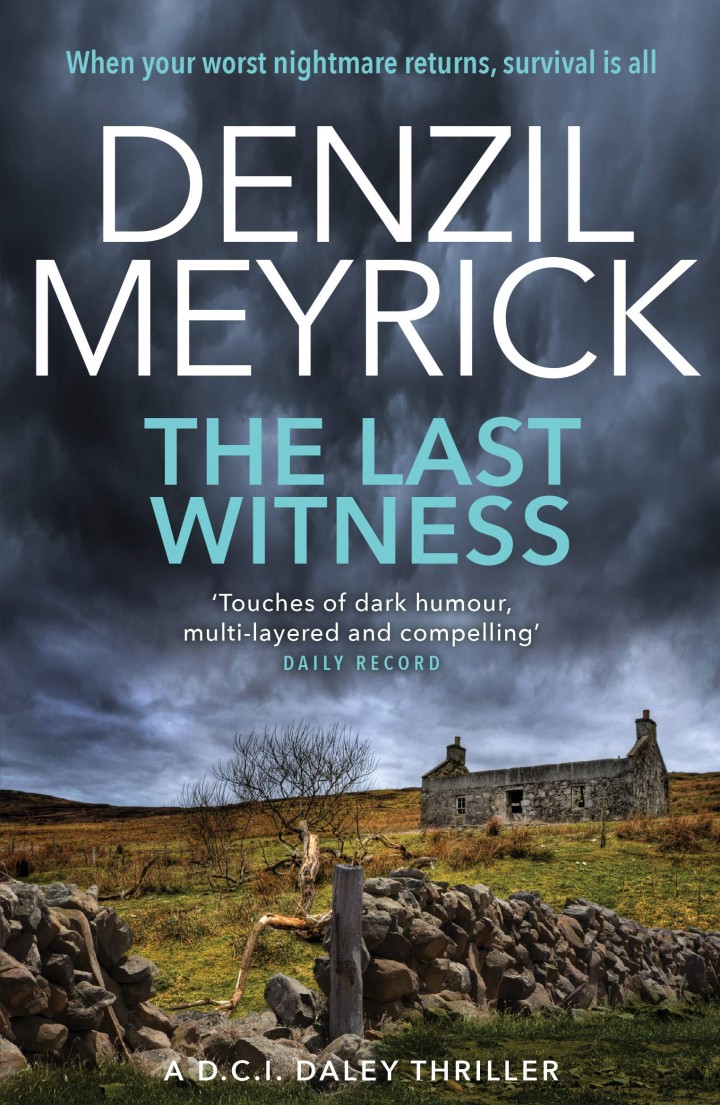 James Machie was a man with a genius for violence, his criminal empire spreading beyond Glasgow into the UK and mainland Europe. Fortunately, James Machie is dead, assassinated in the back of a prison ambulance following his trial and conviction. But now, five years later, he is apparently back from the grave, set on avenging himself on those who brought him down. Top of his list is his previous associate, Frank MacDougall, who unbeknownst to D.C.I. Jim Daley, is living under protection on his lochside patch, the small Scottish town of Kinloch. Daley knows that, having been the key to Machie’s conviction, his old friend and colleague D.S. Scott is almost as big a target. And nothing, not even death, has ever stood in James Machie’s way ... 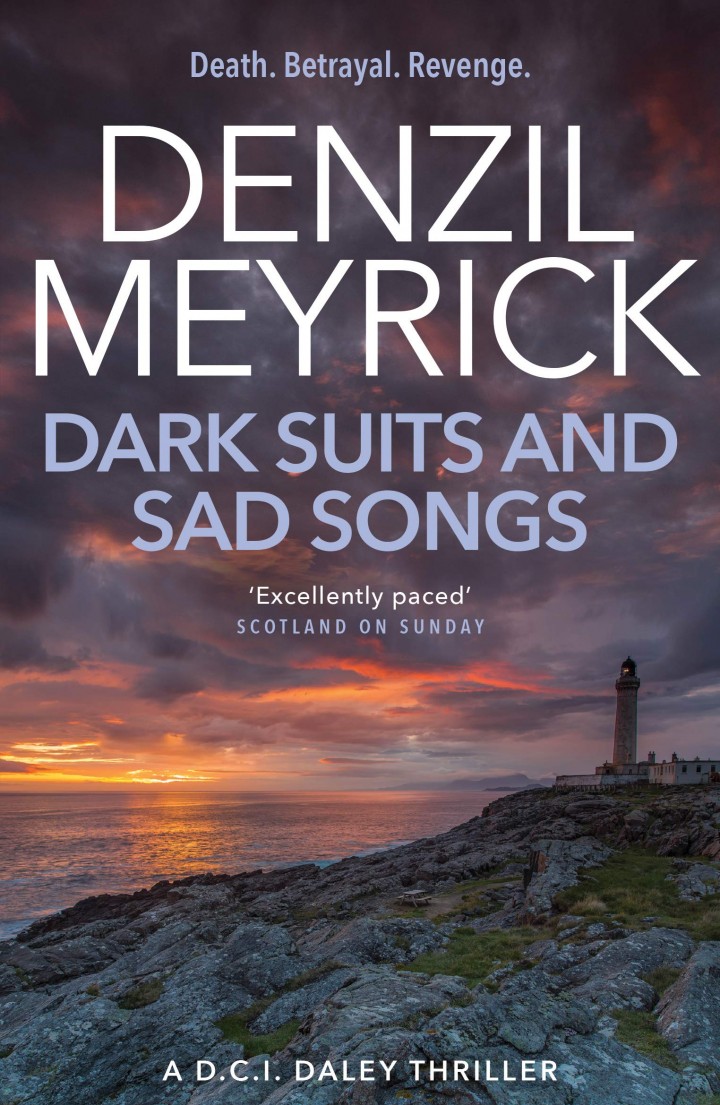 The third installment in the bestselling DCI Daley series, packed with accurate police procedure and gritty, dark humour. The best of Scottish crime.

When a senior Edinburgh civil servant spectacularly takes his own life in Kinloch harbour, DCI Jim Daley comes face to face with the murky world of politics. To add to his woes, two local drug dealers lie dead, ritually assassinated. It’s clear that dark forces are at work in the town. With his boss under investigation, his marriage hanging on by a thread, and his sidekick DS Scott wrestling with his own demons, Daley’s world is in meltdown. When strange lights appear in the sky over Kinloch, it becomes clear that the townsfolk are not the only people at risk. The fate of nations is at stake. Jim Daley must face his worst fears as tragedy strikes. This is not just about a successful investigation, it’s about survival.

It’s December, and the Shannon family are returning home to their clifftop mansion near Kinloch for their annual AGM. Shannon International is one of the world s biggest private companies, with tendrils reaching around the globe in computing, banking and mineral resourcing, and it has brought untold wealth and privilege to the family. However, a century ago Archibald Shannon stole the land upon which he built their home and his descendants have been cursed ever since.

When heavy snow cuts off Kintyre, DCI Jim Daley and DS Brian Scott are assigned to protect their illustrious visitors. As an ancient society emerges from the blizzards, and its creation, the Rat Stone, reveals grisly secrets, ghosts of the past come to haunt the Shannons. As the curse decrees, death is coming but for whom and from what?

5. Well of the Winds 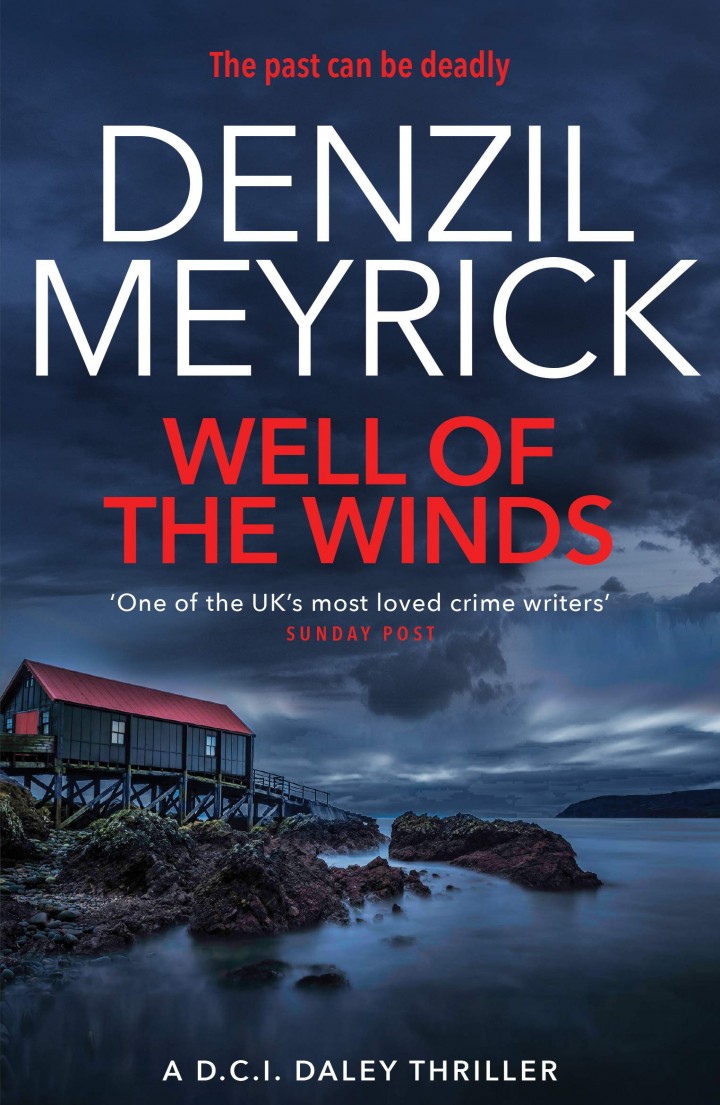 As the Second World War nears its end, a man is stabbed to death on the shoreline of Kinloch, in the shadow of the great warships in the harbour.

Many years later, the postman on Gairsay, a tiny island off the coast of Kintyre, discovers that the Bremner family are missing from their farm. There’s a pot on the stove and food on the table, but of the Bremners there is no sign.

When DCI Daley comes into possession of a journal written by his wartime predecessor in Kinloch, Inspector William Urquhart, he soon realises that the Isle of Gairsay has many secrets. Assisted by his indomitable deputy, DS Brian Scott, and new boss, Chief Superintendent Carrie Symington, Daley must solve a wartime murder to uncover the shocking events of the past and the present. 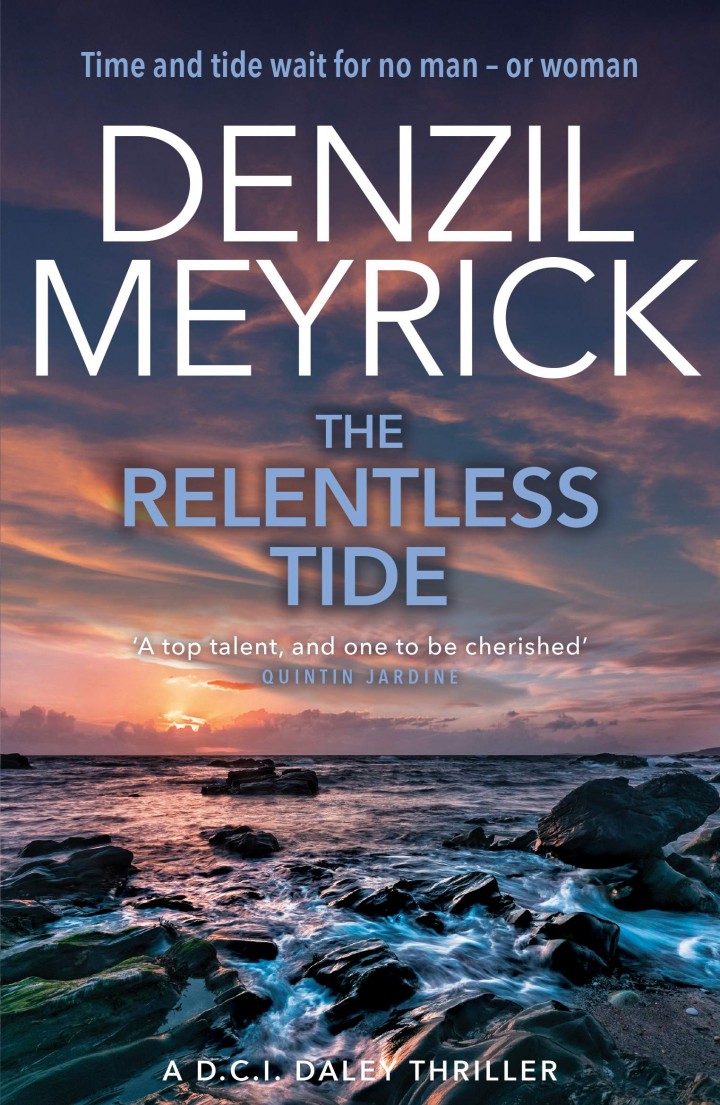 When Professor Francombe and her team of archaeologists find the remains of three women on a remote Kintyre hillside - a site rumoured to have been the base of Viking warlord Somerled - their delight soon turns to horror when they realise the women tragically met their end little more than two decades ago.

It soon becomes clear that these are the three missing victims of the `Midweek Murderer’, a serial killer who was at work in Glasgow in the early 1990s. DCI Jim Daley now has the chance to put things right - to confront a nightmare from his past and solve a crime he failed to as a young detective.

However, when Police Scotland’s Cold Case Unit arrive, they bring yet more ghosts to Kinloch. A tale of death, betrayal, Viking treasure and revenge set in the thin places where past, present and future collide.

7. A Breath on Dying Embers 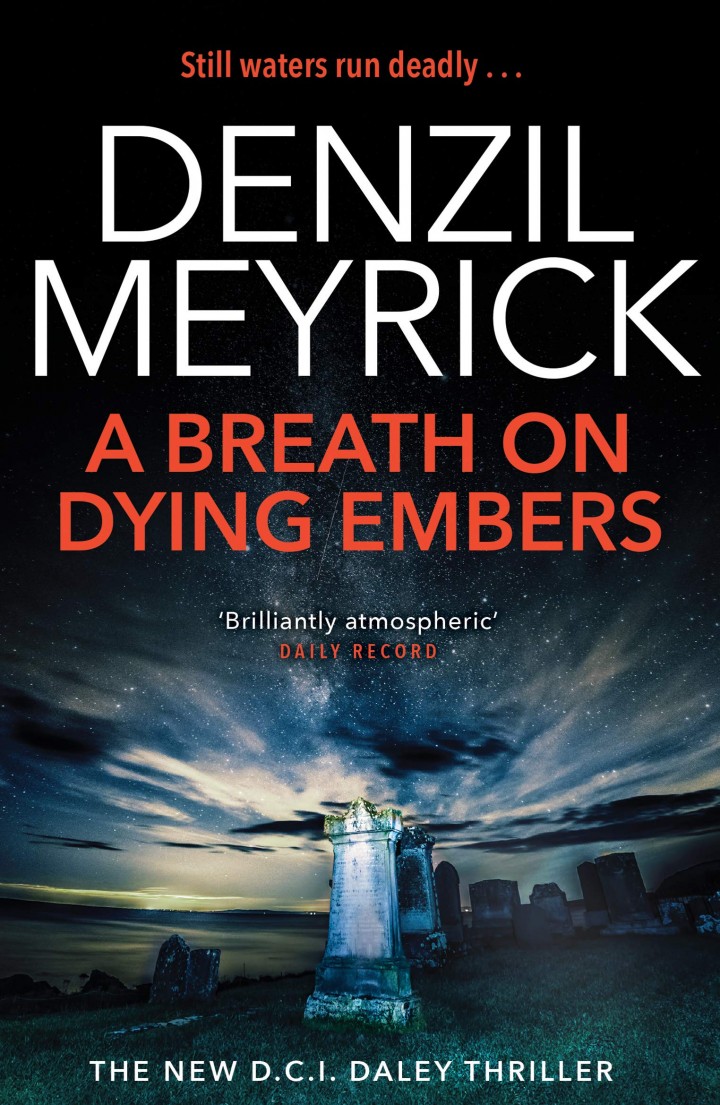 LONGLISTED FOR THE MCILVANNEY PRIZE 2019

When the luxury cruiser, hastily renamed Great Britain, berths in Kinloch harbour, the pressure is on DCI Jim Daley. The UK Government are taking a high-powered group of businessmen and women on a tour of the British isles, golfing and seeing the sights, as part of a push for global trade. But when one of the crew goes missing, and an elderly local ornithologist disappears, will the pressure become too great?

The arrival of a face from the past, sends Daley’s world into a tailspin. And the lives of the passengers and crew of SS Great Britain, as well as the country’s economic future are in jeopardy. DS Brian Scott comes to the fore, and replete with a temporary promotion, is once more - most reluctantly, in his case - back at sea.

Daley faces a life and death struggle, but is this his last throw of the dice?

In celebration of Jeremiah’s Bell’s publication day, we thought we would catch up with Denzil and ask him some questions about the series:

1.Why did you start writing Whisky from Small Glasses?

I’d been ill with arthritis, and any kind of movement was really painful. It’s called a flare-up; but anyone who has suffered something similar will tell you that term doesn’t cover it. I was used to a busy life, and I’d always wanted to write a book. So, I sat with the laptop and the outcome was Whisky from Small Glasses

2. If Daley was not a Detective Chief Inspector, what other job would he do?

I think that’s his problem. Jim Daley joined the police for want of something else to do. He’s quite smart, but didn’t want to spend more time in education. He’s in a job he doesn’t really enjoy, but has been doing for so long he can’t think what else to do. Also, the job has changed so much in the time he’s been a police officer. I think he feels like a dinosaur, envying the smart young cops who’ve been to university. I think there’s a lot of older police officers who feel this way. The job they joined twenty or thirty years ago is very different now.

3. Which character in the series would you most like to go for a drink with? and what would you order?

I think it would be Brian Scott. In fact I’m sure that would almost be the universal answer if you asked readers. Mind you, I’ve had drinks with a lot of people like Brian Scott, so I’d really know what to expect. He’d be a good laugh on a night out, of that there’s no doubt. For Brian, it would be a Ginger Beer and lime, as he’s off the booze. For me, a good malt whisky - from Campbeltown, obviously.

4. Which book in the series was your favourite to write and why?

I think most writers asked this question will always say it’s their latest, in my case Jeremiah’s Bell. I’m always trying to hone my craft, and (hopefully) improve as a writer as I go. I do have a soft spot for both Well of the Winds and The Relentless Tide because of their historical elements. Part of me wants to write historical fiction, and I read a lot of that genre. But each of the books has a place in my heart.

Has to be the County Hotel. It’s based on the real Argyll Arms Hotel in Campbeltown. It’s the place my mum and dad used to take us for a meal as kids, so in effect the first place I encountered drinkers. I remember how cheery everyone in the bar sounded. So, the County in the books is based on the hotel back in the 70s. It’s changed a bit since then. But you’ll still get the idea.

6. What three books would you recommend for readers who enjoyed your series?

I think a lot of people who read Daley also like those by Peter May and Anne Cleaves, because of the Scottish rural setting. And please don’t forget Douglas Skelton’s Rebecca Connelly series. Of course he’s trying his best to replicate my enormous success. He’s good, but not as good as me.

7. Can you tell us some secrets about Daley? E.g. What secret hobbies does he get up to? What is his least favourite food? Etc.

He has an old friend mentioned early on in the series who is now a session musician in America. I think big Jim would really like to master a musical instrument. Sadly, though he loves listening to music, he’s tone deaf, so that’s not going to happen. Like Scott, Daley grew up in a working class family in Glasgow. Though unlike Scott’s father who was an alcoholic, Daley’s father was hard working and conscientious. He likes old fashioned food: the old staples of Scottish cuisine like mince and tatties, steak pie and fish and chips. Liz’s tastes are for more refined food. But give Daley a tiny portion of anything with a foam and he’ll turn his nose up at it.

8. Why should new readers start the DCI Daley series?

Of course I’m biased in this regard. But I’ve tried hard to make the books entertaining. It’s not all about murder and mayhem. The reader has the chance to experience the real beauty of Kintyre and the warmth of its people. With the likes of Scott and Hamish, you’re also guaranteed a laugh. Despite the dark nature of many of the stories, I’ve threaded humour through the books. I think books should entertain, as well as tell a tale. 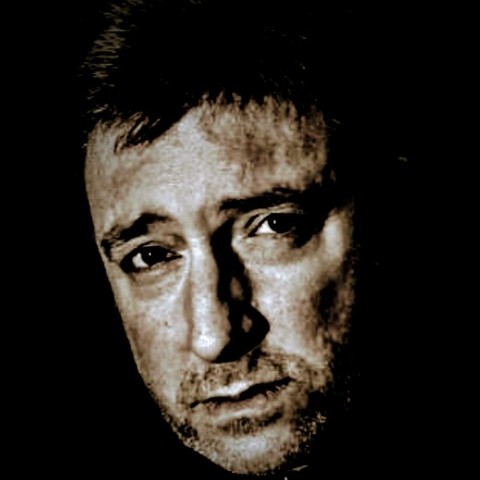