The Ringmaster’s Daughter by Carly Schabowski is out NOW!

The Ringmaster’s Daughter by the wonderful Carly Schabowski is finally here, published by Bookouture!

Circus people don’t ask who you were before, or what god you believe in… when you join the circus, you are family, whatever your past.

Paris, 1940. Twenty-year-old Michel Bonnet lives on the edge of the law, finding work where he can breaking in horses on the outskirts of the city. But when the Nazis invade, Michel takes refuge as a stowaway on a rickety train bound for the rural south. It’s a journey that will change his life forever.

The train is property of Le Cirque Neumann – a travelling circus owned by the troubled and irritable showman Werner Neumann. Neumann offers Michel a job caring for the company’s horses – a lucky break, but with an unusual condition attached. Michel must keep to himself and never speak of what he sees behind the glittering curtain of the big top.

But as Michel finds himself pulled into the strange and wondrous world of the great spectacular it becomes more difficult to keep his promise. Why does the man with the performing monkey never speak, and the sword swallower turn his face away? Who are the silent, shadowy figures who flit like moths between the wagons when the sun is down? It’s clear that Neumann is keeping his performers hidden away… but why?

And how can Michel win the love of the beautiful and exotic trapeze artist Freida – the graceful, green-eyed star of Neuman’s spectacular – when he’s been forbidden to even meet her gaze?

A heartbreaking and uplifting wartime novel – perfect for fans of Water for Elephants, The Nightingale and The Tattooist of Auschwitz.

What readers are saying about The Ringmaster’s Daughter:

‘The author of this book weaves a marvellous story together… It is both a thought provoking and, at times, emotionally punching read. I’m hooked. I devoured The Ringmaster’s Daughter in two sessions. Brilliant story.’ Goodreads reviewer, 5 stars

‘The Ringmaster’s Daughter was a true delight to read. From the very first page, the writing was absolutely gorgeous and painted such a beautiful picture with its imagery.’ Goodreads reviewer

‘Schabowski’s debut novel, The Ringmaster’s Daughter, is impressive in both expanse and execution. If I had to describe this novel in 3 words they would be: poignant, earnest, and undaunted. Schabowski is a gifted wordsmith… overall this novel is an affecting, entertaining, and intriguing read.’ NetGalley reviewer

‘I felt the heartache, fear and desperation of the characters living in France at this time… The place descriptions, particularly of Paris, were phenomenal… I read it in twenty-four hours and just could not put it down. A moving, captivating read.’ Goodreads reviewer

‘The world of The Ringmaster’s Daughter is well-crafted and wonderfully vivid – especially that of circus… The story is captivating.’ Goodreads reviewer

‘This is a truly sensational debut novel. Carly Schabowski is definitely one to watch out for, I certainly will be.’ Goodreads reviewer

In celebration of The Ringmaster’s Daughter‘s publication day, we thought we would catch up with Carly and ask her a few questions:

Can you tell us what inspired The Ringmaster’s Daughter?

The Ringmaster’s daughter is inspired by the true story of Adolf Althoff, an Austrian circus owner during World War II who bravely hid four members of the Jewish Danner family in his circus. On 2 January 1995, Yad Vashem recognised Adolf and his wife Maria as Righteous Among the Nations. ‘We circus people see no difference between races or religions,’ said Adolf, when he received the honour. This selflessness in the face of persecution called out to me as a story which needed to be explored. Whilst the inspiration was drawn from Althoff, the characters and their journey are based on my imagination, coupled with a historical understanding of that time. I do not pretend to be a historian; instead, I hope I have widened the scope of historical reality through my characters’ lives and personal experiences, their loves and losses. In this vein, any historical inaccuracies are entirely mine. My interest in World War II history stemmed from the stories I was told as a child by my Polish grandfather, who had been forced into the Wehrmacht at a young age, then escaped to England to join the Polish army in exile. The stories handed to me begged to be explored, to breathe life into those ghostly voices of the past, to let them speak and tell their own tales.

If you were to write another historical fiction novel, what era would you set it in?

I am working on another WWII historical fiction novel, The Watchmaker of Dachau. I feel that there are so many stories in this era that are yet to be told – that of the onlooker, the victim and even the perpetrator to expand our understanding and add to the collective memory of that time.

We expect many protagonists to be active characters, yet it is interesting to explore the passive characters who are unable to be a hero in the way in which we assume a hero should act, and yet they are heroic in their own right. It is those voices that call to me to beg for their stories to be told – to show how small acts of kindness, of resistance, and perseverance can make a difference.

Do you have any tips or tricks for aspiring writers?

Keep at it! There is no magical way to help you write a book; there is only you, your imagination and motivation. Think about joining writing groups or enrolling on a creative writing course to allow you to progress as a writer, engage with other writers and receive feedback on your work.

When you’re not writing, what hobbies and activities do you get up to?

I live a rather quiet life! I read a lot – anything I can get my hands on! I love to walk my dogs, exercise and binge watch box sets.

How would you describe your book in three words? 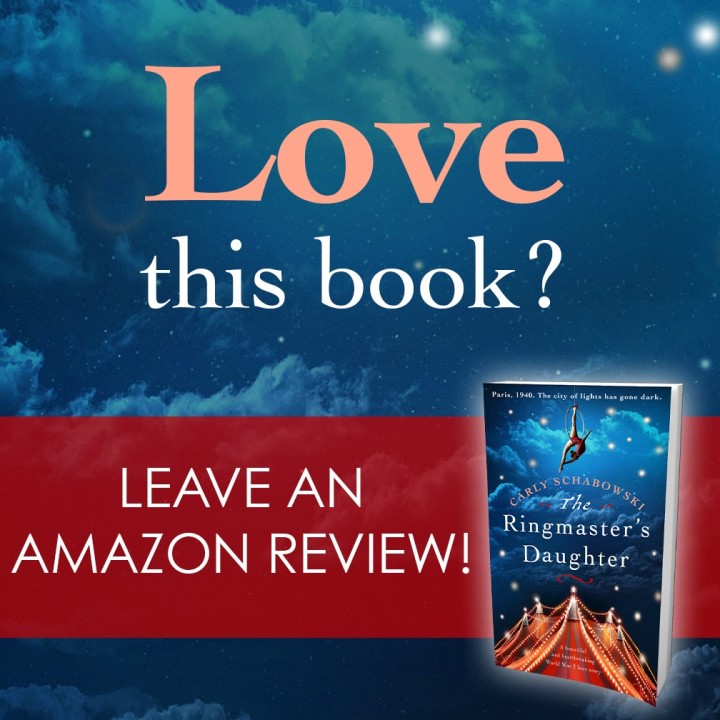 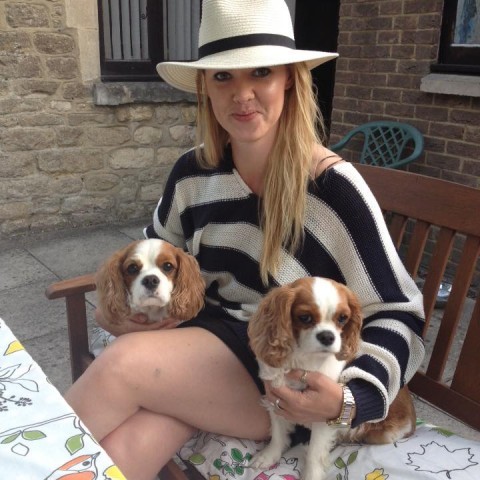 Carly Schabowski worked as a journalist in both North Cyprus and Australia before returning to Oxford, where she studied for an MA and then a PhD…