Jake Jones has worked ‘on the road’ for a major UK ambulance service for nine years, and as a paramedic for six years.

He has worked on both ambulances and fast response cars, and has attended thousands of emergency calls across the clinical spectrum.

Before joining the ambulance service, he worked as a book editor for a number of London-based publishing houses.

Jake’s amazing new book, Can You Hear Me?: A Paramedic’s Encounters with Life and Death, was published in hardback by Quercus in February 2020.

Praise for Can You Hear Me?:

‘With poignancy, humour and compassion, Jones invites us into “the invigorating chaos of pre-hospital care”... a panorama of experiences: the mundane, the ridiculous, the heartbreaking and the tragic.’ - The Guardian

‘One hell of a ride.’ - Saga magazine 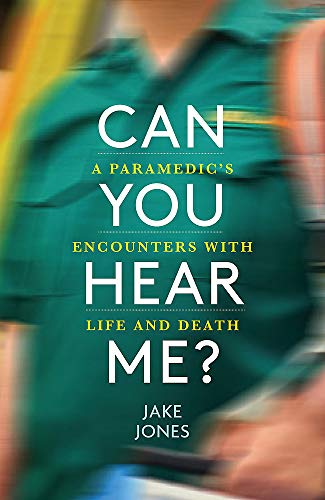