Jake Tyler is a mental health advocate and a TEDx speaker who has appeared on BBC’s Mind over Marathon documentary and The One Show. He writes and produces his own blog, Black Dog Blog and podcast, People are F***ing Awesome, and Open Up with Jake Tyler is his BBC Radio Surrey and Sussex Radio show, talking about mental health.

Jake is an ambassador for Asics and works with several mental health charities, including Mind, Clasp and Heads Together.

A Walk From The Wild Edge, Jake’s debut novel was published by Michael Joseph on 18th March 2021, and is an inspirational narrative of one man’s relationship with his companion, depression, and how through community, communication, movement and nature, the darkness on a good day can find peace.

After dealing internally with mental health challenges in his early twenties, in 2016, lying in bed, in his London flat, drunk, high and planning his suicide, Jake made a phone call to his mum, just to hear her voice. That action and that connection at that particular moment proved pivotal and showed Jake that he had to find another way to manage his darkness. He decided to put on his trainers, grab his backpack, leave his home in Brighton and start a 3000-mile walk around the UK, raising awareness of mental health challenges. Along the way, Jake fell in love, was robbed, broke down, lived with strangers, walked, featured in a BBC documentary, ran, made new friends, lost some old ones, and learnt that communication, human connections, and the physical act of movement have made him stronger than he ever imagined.

jaketyler_bdw
5:30 PM, Oct 10th (IST)
@dwm2002 Ah nice one David :) thanks so much for being a part of the journey! I will absolutely come up and visit sometime!
Reply Retweet Favorite 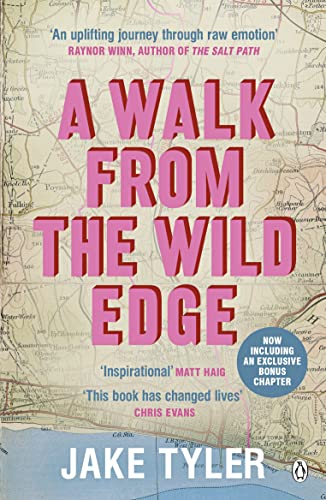