Michelle McGagh is a freelance personal finance journalist who has been writing about money for over a decade for titles including The Guardian, City Wire, AOL and Money Observer, as well as regular TV appearances as a financial commentator. You’d think that would make her a whizz with her own cash, right? Wrong!

Spending with abandon and ignoring bank statements were her modus operandi. Just because she wasn’t in serious debt, apart from her massive London mortgage, she thought she was in control but she wasn’t. Then something happened. She discovered minimalism and sold 80% of her belongings. This was the first step to reining in her finances, and the second was to apply minimalism to her spending habits with a year-long spending ban. The aim: to pay off a huge chunk of her mortgage

Michelle is charting her No Spend Year successes (and failures) in a blog series for The Guardian and writing more widely on living a minimalist life on her personal blog The London Minimalists. Her first book, No Spend Year, was published by Coronet in January 2017. There will also be an accompanying app which incorporates “fun saving challenges” into budget planning. 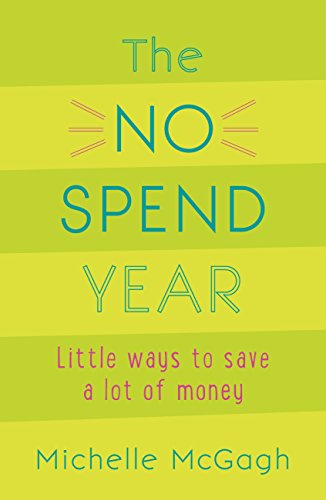