Anna Lewis is an illustrator and artist living by the sea in Cornwall with her husband Ray and her three-year-old daughter Poppy. After Poppy’s arrival, Anna, like most new parents, realized that she was woefully unprepared for the bonkers first year of motherhood. After all, she had changed a few nappies and was good with felt tip pens; how hard could it be? Babies sleep most of the time anyway didn’t they?!

She was inspired to create her own personal account of the first year of motherhood and began to scribble down little sketches and anecdotes about the funny and sometimes very poignant moments that were happening in her new ‘mum’ life. After documenting her doodles into a blog and Facebook page, Sketchy Muma was born and it wasn’t long before other frazzled parents were connecting with Anna’s experiences through her honest, funny and beautifully heart-warming illustrations.

Her debut book Sketchy Muma: What it means to be a Mother was published by Quercus in October 2017.

‘Anna’s sketches never fail to put a smile on my face and make my heart a little warmer.’ GIOVANNA FLETCHER 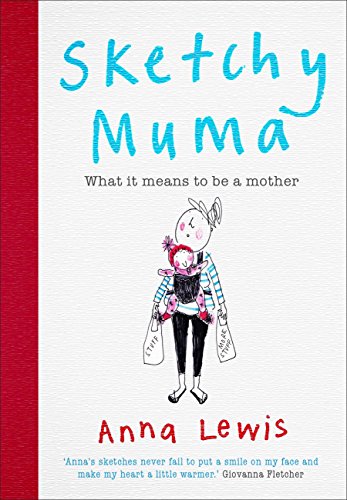 sketchymuma
1:49 PM, Jul 17th (IST)
Just to let you know my shop is open again, thanks for your patience during this time x pic.twitter.com/DB8S1YFveC
Reply Retweet Favorite