Sophie McCartney, aka Tired ’N Tested, is a 30-something parenting vlogger turned viral ‘comedimum’. Propelled towards internet stardom in 2017 for a mum parody of Ed Sheeran’s ‘Shape of You’, in just a few years her riotous representation of modern day ‘mumming’ has earned her cult status with the million plus social media fans who follow her.

Combining an astute ‘in it together’ comedic approach with original musical compositions, parody, sketch writing, documentaries, and traditional stand-up - she has wracked up over 100 million online video views and appeared on numerous radio and television shows.

Liverpool-born mum of two Sophie was recently awarded the prestigious ‘Funny Women Award’ for ‘Best Comedy Series 2020’ as voted for by the British public. Sophie has an incredible talent that can help change perceptions through her creative wit, humour and honesty. Her debut book, Tired and Tested was published in February 2022 with HarperNorth and became a #1 Sunday Times bestseller and then remained in the chart for three weeks in a row!

For all commercial or media enquiries, please contact Lucy Couldwell on [email protected] 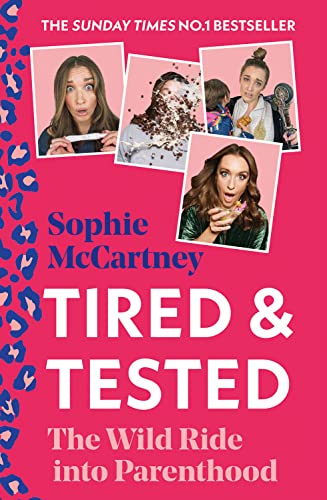