Elle Wright is a wife, mother, home-maker and lover of interiors. After an admittedly easy pregnancy - her scans went well, she and her baby were healthy throughout, and in May 2016, she and her husband welcomed their son, Teddy, into the world. Just a few hours after giving birth, they woke to find a nurse holding a cold and unresponsive Teddy, who had stopped breathing during the night. The happiest day of Elle’s life had turned into every parent’s worst nightmare, and she had to let her beautiful baby boy go. Three days after delivering him into the world, Elle sat with Teddy in her arms as he took his last breaths, and tucked him in for the final time.

Elle created her blog, Feathering the Empty Nest, as a way to make their home in the wake of a disaster; to feather a nest with the dream of having her own “take home” chicks.; and to navigate a way to feel purpose after the worst loss, the death of their son Teddy. Her writing is about finding light in darkness, and positivity in times of desperation, and hopefully making a few people laugh along the way.

Elle’s debut non-fiction book, Ask Me His Name, was published by Lagom in 2018 and reached Number 4 on the Sunday Times Bestseller List.

Dear Reader, When I found myself experiencing a motherhood that I never expected, one that I was terrified of living, I didn’t know how I would carry on being ‘normal’. I didn’t know how much I would long for people to say my son Teddy’s name, to not treat him like he didn’t exist. Maybe you’re in this boat too, or maybe you want to support someone who is? Whatever your reason, I hope our story goes a little way to help. Love, Elle

Ask Me His Name is a moving account of Elle’s pregnancy, Teddy’s life, and what happens when a mother leaves a hospital with empty arms. In the UK, 1 in 4 pregnancies end in premature death, but conversations about the heartbreakingly frequent issue of baby loss are few and far between. In this honest, beautifully written and hopeful exploration of a different kind of mothering, Elle explores how she navigated a parenthood that no one had prepared her for.

Elle’s second book, A Bump In The Road: A Story of Fertility, Hope and Trying Again will be published in April 2021!

Life. Death. Whatever.
Return to Non-Fiction
Amit Patel and Kika 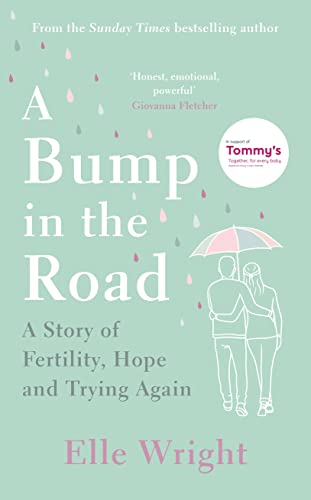 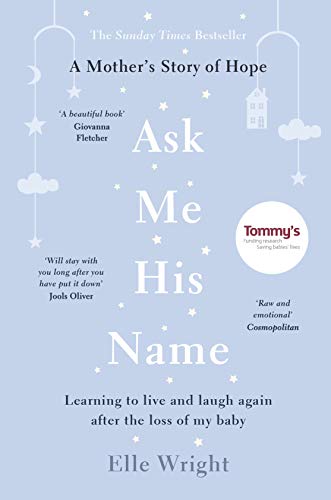