A Walk From The Wild Edge, a memoir from mental health advocate Jake Tyler has sold to Michael Joseph!

​We are delighted to announce that Jo Bell has sold world rights for Jake Tyler, the mental health advocate, adventurer, runner, and walker who made headlines when he embarked on a 3000-mile journey around the UK, to Michael Joseph’s non-fiction publisher, Charlotte Hardman.

Jake’s memoir will be titled, A Walk From The Wild Edge and will be published in hardback on 18th March 2021.

After coming terrifyingly close to suicide, Jake decided to take back control of his life from the clutches of depression. With only his running gear and a backpack, he stepped out of his house in Brighton and began his epic adventure. The journey that followed is a remarkable tale of self-discovery, physical endurance, and more than anything – human nature – as Jake introduces us to the incredible array of people and the kindness he encountered on the way.

In addition to the media attention Jake’s adventure received, his TedX talk I’m fine’ - Learning To Live With Depression has gained nearly 2.5m views on YouTube, he has hosted his own show on BBC Radio Sussex and Surrey show, Open Up with Jake Tyler, whose guests included Matt Haig, and hosted a podcast titled People are F***ing Awesome!

Jake also appeared on the Mind Over Marathon documentary in 2017, which was supported by and featured Prince William, Prince Harry and Kate Middleton.

A note from Jake:

‘It means the world to be given the opportunity to tell my story, in my own words. What I went through - becoming so overwhelmed by depression that I thought that suicide was the only way out - can happen to anybody. What I learnt about myself, about humanity and about the world we all share as I traversed Great Britain equipped me with the tools I need to ensure a safe way out, should I ever find myself in that dark place again. I hope the message behind my story has potential to ring true and inspire people, and in doing so I hope that my steps will help pave the way to a more normalised mental health narrative. I have learnt to speak with raw, unapologetic honesty during the writing process, which has been challenging and scary at times, but will serve the integrity of the story best.’

‘Jake’s story is a very special book that beautifully weaves together nature, travel and mental health into a beautifully honest, funny and engaging narrative. Jake’s journey around the whole of Britain is no mean feat. Along the way - and in his TedX talk since - he helped a lot of people open up about their own struggles with their mental health and I am certain that he will do the same with his powerful book. I’m very proud of Jake for writing the book that he has and I am looking forward to publishing A Walk from the Wild Edge.’ 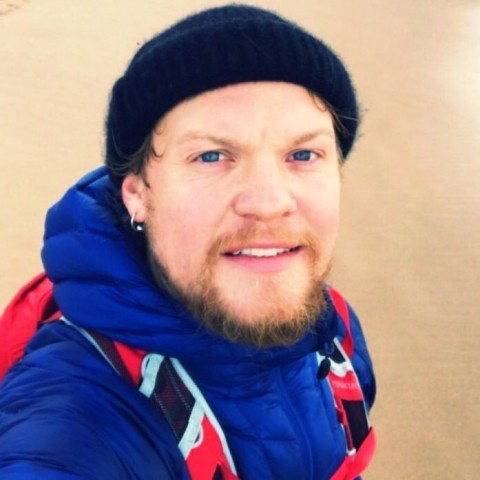 Jake Tyler is a mental health advocate and a TEDx speaker who has appeared on BBC’s Mind over Marathon documentary and The One Show. He writes…