The Sky Over Rebecca by Mattew Fox has sold to Hachette Children!

We are so excited to announce that Lauren Gardner has sold world rights including audio and e-book for The Sky Over Rebecca, a “richly told” middle-grade tale of two worlds colliding from debut author and winner of the Bath Children’s Novel Award 2019, Matthew Fox to Anne McNeil, former executive publisher at Hachette Children’s Group! The Sky Over Rebecca is aimed at readers aged 9+ and will be published by Hodder as a paperback in early 2022, with a second standalone title to follow in 2023.

The novel is set in Fox’s home city of Stockholm and centres on 10-year old Kara, who discovers two refugees from the Second World War, after following footprints in the snow. The footprints “lead Kara to Rebecca, a 13-year-old Jewish girl, and her younger brother Samuel. The synopsis explains: “Rebecca and Samuel are refugees from another time, World War Two, and Kara must help them to find their way home. A breath-taking, high-concept story, The Sky Over Rebecca is perfect for fans of Piers Torday and David Almond.”

“The Sky Over Rebecca is a richly told story with beautifully drawn characters that will truly resonate with readers. Kara is the kind of character I would have loved to read when I was younger: real and fragile, but fierce. Matthew’s writing is taut and full of tension – it transported me entirely, seeing the world through Kara’s eyes. I can’t wait for everyone else to read it too.”

“I’m delighted, and a little awed, that my first novel, The Sky Over Rebecca, will be published by Hodder Children’s Books – the publishers of David Almond, Malala Yousafzai, and our current Children’s Laureate, Cressida Cowell – with magical cover artwork by the acclaimed Ben Mantle.

I was approaching 50 when The Sky Over Rebecca won the Bath Children’s Novel Award. Now I’m the other side of 50 and feeling very grateful. Having your first book published later in life is an unmitigated joy, and boundless thanks are due to my unstoppable agent Lauren Gardner, and to my first editor at Hodder, the legendary Anne McNeil.” 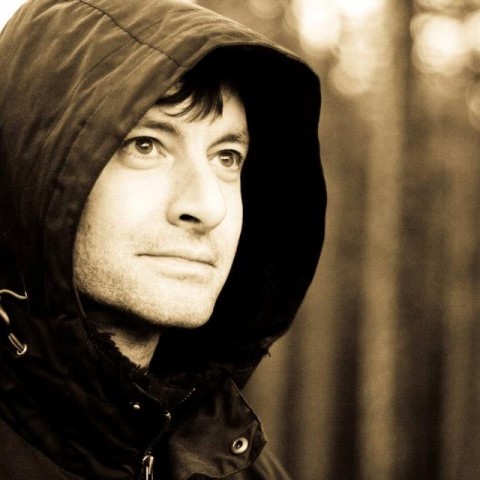 Matthew’s debut middle grade novel, The Sky Over Rebecca, which won the Bath Children’s Novel Award in 2019 was published in April 2022 by…