Gareth Thomas is a former international rugby star having played rugby union for Bridgend, Celtic Warriors, Toulouse and Cardiff Blues, as well as winning 100 international caps for Wales and captaining the British and Irish Lions. In 2010 he switched to rugby league, playing for Crusaders RL, and for Wales. He retired from rugby in October 2011.

In 2009, Gareth publicly announced that he was gay, and was voted the most influential gay person by Stonewall that year. He is a dedicated supporter of the charity Childline.

Proud was published by Ebury in September 2014 and has been shortlisted for the William Hill Sports Book of the Year Award 2014.

Written with sports journalist Mike Calvin, Proud is an inspiring and moving story that transcends the world of sport to tell a universal truth about feeling like an outsider, and facing up to who you really are. Gareth’s second memoir, Stronger, published in March 2021. In Stronger, Gareth shares how he has managed to deal with the adversity life has thrown at him over the years, from his school years to his most recent difficult announcement that he is living with HIV.

“Proud offers an enthralling insight into a world and a struggle to which we are rarely given access… Thomas’ story is a harrowing reminder that sportsmen are as vulnerable as the rest of us… The honesty with which Thomas presents his many dark moments makes this an absolute must-read. An eye-opening glimpse into the inner turmoil of a national hero” (Sport Magazine) 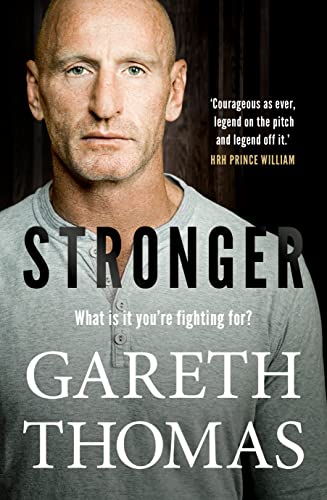 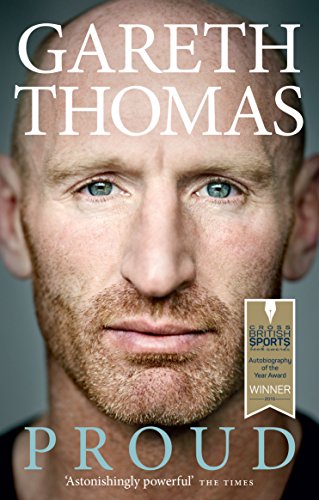