As a 36-year-old mum of two girls, Molly decided early on in motherhood that she wanted to ditch the diets, but it proved easier said than done. Working as a radio presenter in an appearance-obsessed showbiz industry, Molly often found herself comparing her body to the celebrities she was writing and talking about.

The lightbulb moment came when her eldest daughter asked her why she was weighing spinach and Molly realised there was no rational answer. And so she decided to work on changing her mindset instead of her body. Now, Molly devotes her work to helping others make friends with their body too. And she’s never weighed spinach again.

Molly works as a campaigner, spearheading the #FreeFromDiets movement, a campaign to end diet marketing around schools and children’s clubs. She also co-hosts Body Cons, a hit podcast on the subject of body image and mental health, and runs an Instagram account dedicated to these issues too. She’s also in demand to speak regularly about these topics in the media, as well as at public events, on panels, in workshops and at conferences and festivals.

mollyjforbes
4:29 PM, Jun 29th (IST)
A primary school teacher read my book and went on to create a week of joyous activities in her school, culminating… twitter.com/i/web/status/1…
Reply Retweet Favorite 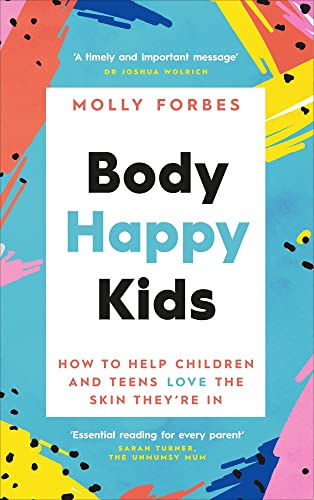