As a small child Patrick Galbraith spent long afternoons irritating the local fishmonger by asking again to be shown the crabs. When he became a little older he moved on to befriending a man on the other side of the village who farmed worms for local fishermen and would occasionally give him a tub to poach the Cairn Water with. Neither he nor any salmon were ever caught.

Since then, he has progressed very little. Three years ago he dropped out of UCL, where he was meant to be doing a Masters on modernism, to devote himself fully to heading round the country, writing about people and how they interact with the wild world around them.

Recently this has seen him spend time with Britain’s second oldest naturist community in Hull, an East End rat catcher who still uses terriers, and nobody at all on an uninhabited Hebridean island, where he lived in a cave with his dog.

His work has appeared in The Evening Standard, The Telegraph, The Spectator and Country Life, as well as The Times where he reviews nature writing.

In Search of One Last Song published In April 2022 with William Collins. 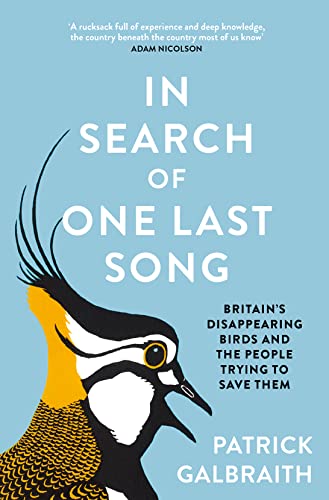