Josh Berry is a stand-up comedian, satirist, writer, content creator/producer and impressionist. Josh started his career in comedy with great success as an impressionist, doing voices on shows like Dead Ringers, The Tracey Ullman Show and The Now Show at just 22 years old.

In 2018 Josh took his debut tour Voice Thief, to the Edinburgh Fringe Festival and added additional dates due to high demand. Josh will be touring Britain in the autumn with his show Wreck Your Privilege, for which he has already sold out two dates at London’s Leicester Square Theatre.

Josh is now best known for his many satirical characters, most notably Rafe Hubris (BA, OXON) the parody government advisor character who became something of a sensation during lockdown and has accrued well over 20 million views across social media.

Josh’s debut satirical novel, Staggering Hubris, The Memoir of Boris Johnson’s Most Classic Spad, will be published by Lightning Books in November 2021. 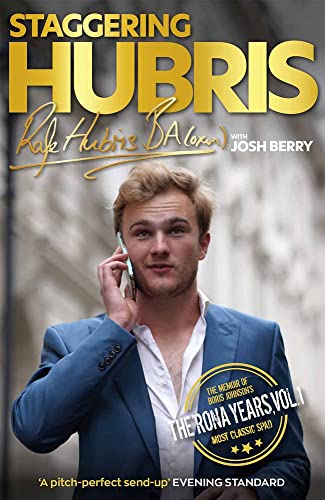